Foundations on the move 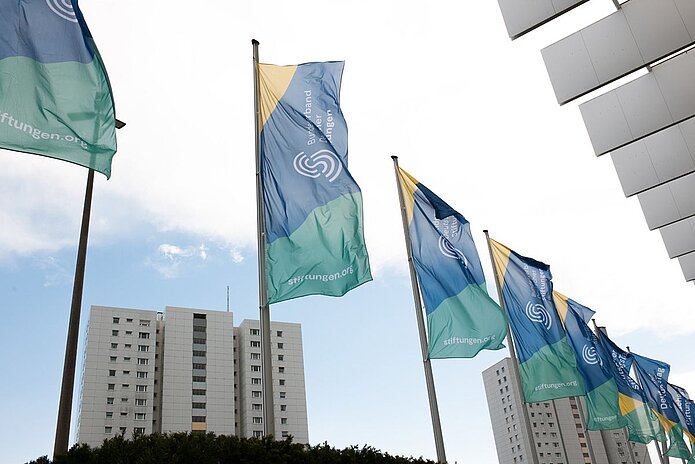 Detlef Eden
Back to overview

"Foundations are on their move into the next generation. What is still missing is a foundation law that allows them to adapt their work flexibly to digital change, a volatile capital market and complex global problems."
Prof. Michael Göring, Chairman of the Executive Board, Association of German Foundations

Nueremberg, 16 May 2018. German Foundations Day starts with an appeal to the German government to ensure the foundation law is fit for the future. Association Chairman Prof. Dr. Michael Göring said at the start of the largest foundation meeting in Europe: “Foundations are on their move into the next generation. What is still missing is a foundation law that allows them to adapt their work flexibly to digital change, a volatile capital market and complex global problems.” In concrete terms, the Association of German Foundations calls for liability relief in asset investment so that foundations can use more forms of investment, make amendments to their articles of association possible, and make it easier to add and merge foundations.

The next generation of donating and founders

The association is preparing itself for the next generation of donating and founders. One example of this is the award of the German Founders Prize to the philanthropist Ise Bosch. As the highlight of German Foundations Day, a woman will be honoured who, in addition to the classical foundation, uses many other forms of philanthropy for her concerns. Ise Bosch sees herself as a donation activist rather than as a patron. Diversity and tolerance for people with different sexual and gender orientations form the core of her commitment. Ise Bosch: "My support is intended to stimulate sustainable social change. Social change brings about a qualitative improvement for the work on the ground as well as for the donors. We as givers must be willing to learn and take ourselves less seriously."

Felix Oldenburg: “The next generation donates differently. Foundations must become even more attractive as places for young entrepreneurs or heirs. We are facing a foundation gap: in terms of the relation of the total assets of the foundations to Germany’s gross domestic product, we are only in the middle range worldwide.” The aim of the Next Philanthropy initiative is to make the different and new forms of philanthropy attractive, to explore new opportunities for the work of the foundations through digital change, and to open up new target groups.

This year, German Foundations Day has more than 130 events under the motto “Update! Foundations and Digitisation”. On Wednesday, Rainbow philanthropist Ise Bosch receives the German Founder's Prize. The actress Gudrun Landgrebe will give the laudation.

German Foundations Day 2018 is supported by 16 foundations and organisations from all over Germany and a number of supporting partners.