Changes to the Board 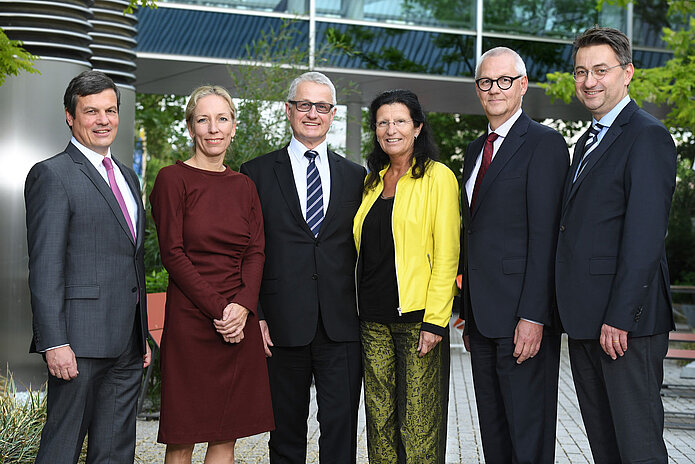 We must look beyond our foundation world and our national networks and broaden our international perspective.
Joachim Rogall

Nuremberg, 17 May 2018. The members of the Association of German Foundations elected their new board of directors today. The six-member committee is chaired by Prof. Dr. Joachim Rogall, Chairman of the Board of Management of Robert Bosch Foundation, Stuttgart. Daniela Kobelt Neuhaus, Chairman of the Karl Kübel Foundation for Child and Family, Bensheim, becomes Vice Chairwoman. In his inaugural speech, Rogall pointed out the increasing restrictions on foundations’ work: “We observe that the scope for action of independent organisations worldwide, even in Europe, is shrinking. Foundations that promote civic engagement and liberal-democratic ideas are under the critical observation of those authorities that claim to define freedom and democracy on their own.” Rogall therefore demanded: “We must look beyond our foundation world and our national networks and broaden our international perspective.” The new Chairman of the Board announced that he would revise the Principles of Good Foundation Practice together with the members, and expand them to include aspects such as international cooperation, the impact of foundation assets and digitisation.

Daniela Kobelt Neuhaus, newly elected Vice-Chairwoman, looked to next year's German Foundation Day: “The focus in 2019 will be on how foundations can support our democratic community. It is about our role as promoters of democracy and our commitment to human rights, diversity and tolerance. But it is also about our own internal understanding of democracy: how participatory, diverse and transparent are foundations themselves?”

Prof. Dr. Michael Göring, Chairman of the Board of ZEIT-Stiftung Ebelin und Gerd Bucerius, retires after 20 years on the committees of the Association. As a farewell he said to the foundations: “I am deeply impressed by how our foundations have accompanied the arrival and continuing presence of refugees since 2015. This reflects the core competence of foundations: to stand up flexibly, humanely and unbureaucratically for a peaceful and free coexistence. Respect!”