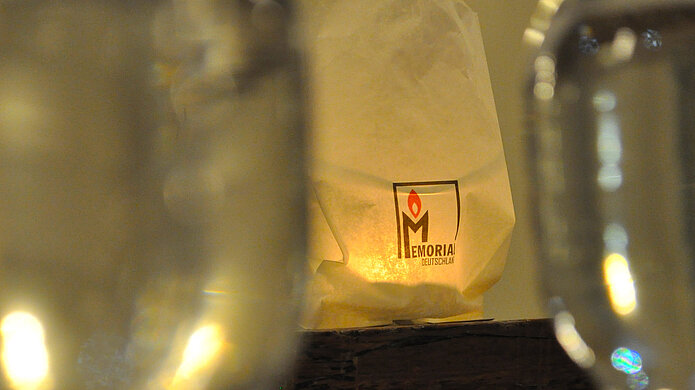 Bild: D. Höpfner
Back to overview

The special award of the Association of German Foundations for particular services rendered to civil society goes to the Russian organization MEMORIAL International. The award ceremony will take place at the German Foundation Congress in Leipzig on 29 September 2022.

Since 1989, Russia’s oldest non-governmental organization has been committed to critically engaging with its home country’s violent history and political repression. To this day, this is the main focus of the work carried out by MEMORIAL International.  In December 2021 the organization was banned by the Supreme Court in Russia, and the Court of Appeal confirmed this ruling on 28 February 2022. MEMORIAL International has since found itself in a state of forced liquidation, though it intends to continue its work nonetheless and restructure itself abroad.

Due to the current situation, the special award of the Association of German Foundations for particular services rendered to civil society is being presented this year instead of the German Founder’s Prize in order to acknowledge an important contribution to strengthening civil society in Eastern Europe.

It is accompanied by a support fund currently worth 100,000 euros to enable MEMORIAL International to establish structures abroad. The fund was initiated and first endowed by Körber-Stiftung, the Robert Bosch Stiftung and the Software AG Foundation. In addition, foundations throughout Germany are invited to contribute to the fund.

Friederike von Bünau, chair of the Association of German Foundations:  “MEMORIAL International stands up courageously and resolutely for human rights in Russia and does not hesitate to denounce deficits and wrongs. The ban by Russian courts aims to silence this voice. However, we continue to need MEMORIAL International in the fight for justice and human rights – indeed more than ever before in these times of war against Ukraine. In bestowing this special award, the Association of German Foundation is sending out a signal of support to Russian civil society and to all those who are fighting for an open and democratic society.”

Irina Shcherbakova, co-founder of Memorial International: “Thirty-three years ago, when Memorial was founded, it was proof that a transformation was underway in Russian society, that deeply buried memories of mass repression and terror with their millions of victims were being reawakened. From this moment on, MEMORIAL’s main task was to create a kind of “people’s archive” – our database contains information about more than 3.5 million victims. Over all these years we helped people to find information about their relatives, and they provided us with documents and objects – allowing us to build up a unique museum collection. This battle for memories is also the reason for what has happened to MEMORIAL today. This is why so much pressure was exerted, this is why attempts were made to force MEMORIAL out of the public sphere in Russia and defame it as the work of foreign agents. This is why MEMORIAL was persecuted and ultimately banned. The solidarity and support that people and organizations from different countries have shown us have convinced us of the importance of our work and the necessity of continuing it outside Russia. For it is not only a question of ourselves, but of preserving the memory of millions of victims, as no limits can be placed on such memories of mass terror.”

About MEMORIAL International
The organization was established in 1989 by former political prisoners and their families, and by young academics, activists and cultural professionals. Its first chairperson was the nuclear physicist and Nobel Peace laureate Andrei Sakharov. The objectives of MEMORIAL International include restoring the historical truth about the political repressions in the Soviet Union and providing social and legal support for victims of political oppression and their families.

MEMORIAL International is decentral in terms of its organization and comprises several member organizations, most of which are in Russia, though some are also in Ukraine, Germany, the Czech Republic, Italy and France. A MEMORIAL documentation centre is planned as one of the first projects of the new structure abroad. Germany is being discussed as a possible location for the centre. More about Memorial: www.memorial.de

Help for Ukraine from German foundations
Ever since the start of the war against Ukraine, German foundations have been providing support to refugees and other people affected in and from the war region. The Association of German Foundations has gathered together offers of assistance from foundations and published them on its website. More: www.stiftungen.org/ukraine