Seven years after the starting signal was given for the reform of foundation law, the bill to standardize foundation law has now been passed in the Bundestag and in the Bundesrat at the tail end of the current legislative period. It will enter into force on 1 July 2023. The legislator has addressed important demands made by the Association of German Foundations and by academia, paving the way for improvements for small and large foundations alike.

The draft bill to standardize foundation law was passed by the votes of the Grand Coalition on 24 June 2021 in the Bundestag and on the following day also in the Bundesrat. The objective of adopting the bill during this legislative period has thus been achieved. This was of particular importance to those distressed foundations in particular that are waiting for the regulations governing the merger of foundations to be eased and for the chance to convert into a principal-depleting foundation. Nonetheless, the bill will only enter into force in two years so that foundations have time to adapt their statutes and foundation supervisory authorities have time to adapt to the new foundation civil law and to amend the state-level foundation laws. Until the law does come into effect, however, it can be expected to have an advance effect on the decisions taken by foundation supervisory authorities.

Greater legal certainty for all foundations:

Despite much criticism, the law does address important demands from practitioners. For example, a nationwide foundation law will apply to all foundations from July 2023, replacing the fragmented substantive state-level foundation law that had previously been in force. For all foundations, be they large or small, this will mean greater legal certainty thanks to standardized jurisdiction and a uniform practice of foundation supervision in accordance with the German Civil Code. No longer will the move of a foundation from one federal state to another entail a change in legal basis. Practically relevant matters such as mergers and acquisitions, which in the past were covered by the laws to an insufficient extent or not at all, will be subject to uniform regulations, and a foundation’s activities will no longer depend on the legal interpretation of the local foundation authorities.

Foundations will also have greater legal certainty through the codification of the Business Judgement Rule, which states that foundation bodies are not liable for erroneous decisions if, in managing the foundation’s business in compliance with its statutes and laws and on the basis of appropriate information, they could assume that they were acting in the foundation’s best interests. Furthermore, the proven liability regulation contained in § 31a of the German Civil Code (BGB) continues to apply. It states that executive bodies are liable only for intent and gross negligence as long as they receive no remuneration or a remuneration not exceeding 840 euros per year. In addition, statutory liability can now also be reduced or excluded in the statutes rather than only in the articles of incorporation, as had been intended in the government draft. This is especially important for board members whose remuneration exceeds 840 euros per year, as they are liable for any fault.

Ways out for distressed foundations: conversion and mergers and acquisitions

Against the backdrop of the ongoing period of low interest rates, the opportunity for an foundation to convert into a principal-depleting foundation and the simplification of the rules governing mergers and acquisitions constitute an improvement, particularly for distressed foundations.

The codification of the conversion into a principal-depleting foundation has brought greater legal certainty. After many experts called during the hearing for the prerequisites for conversion to be simplified, the legislator has now refrained from allowing this only in the event that a foundation is unable to fulfil its purpose. In future, only a prognosis decision will be used to determine whether the purpose can no longer be achieved permanently and sustainably. Furthermore, the Association of German Foundations has been able to prevent principal-depleting foundation from being forced in future to draw up a turnover plan.

Through the codification of mergers and acquisitions, a uniform legal basis will now apply in all of Germany’s federal states, allowing foundations to merge more easily. In future, universal succession will apply uniformly throughout Germany, with the result that all of a foundation’s obligations and rights, authorizations and assets will no longer have to be transferred individually in line with the principle of singular succession.

Profits from the regrouping of investments

Fortunately, the law has abandoned the subrogation theory and explicitly clarified that profits from the regrouping of investments can be used in the foundation’s pursuit of its purpose provided that this does not contradict the founder’s intention and that the foundation’s capital is preserved. As a result, no foundation needs to change its financing structures and foundation boards can navigate their foundations more flexibly through the low interest rate phase.

The much-criticized statute stringency contained in the draft bill has been removed and the presumed founder’s intention was reinstated as a proven aid to interpretation with respect to the continued evolution of foundations.

The Association of German Foundations sees the law as meeting some important demands. Nonetheless, from the viewpoint of practitioners and academia, further steps are needed to achieve modern foundation legislation. The legislator should take the opportunity in the new legislative period to modernize foundation law and to strengthen the rights of living founders, to make temporary foundations possible beyond the confines of the principal-depleting foundation, and to extend the right of action for good governance. It is pleasing to see that the legislator has recognized the problems of foundations that have been wrongly disbanded and has given the Federal Government the mandate to develop solutions by 1 July 2022.

By further developing foundation law, the legal form of the foundation becomes more attractive for potential founders wishing to invest their financial resources, time and expertise for the common good or for their family. It continues to enjoy considerable popularity because a permanent foundation or a principal-depleting foundation allows assets to be devoted to achieving a particular purpose, this being safeguarded by the legal supervision of state supervisory bodies. The reform of foundation law, even if not all the wishes of the Association of German Foundations have been set down in the text of the law, will lead to greater legal certainty and further increase the attractiveness of foundations as a means of shaping one’s own legacy. 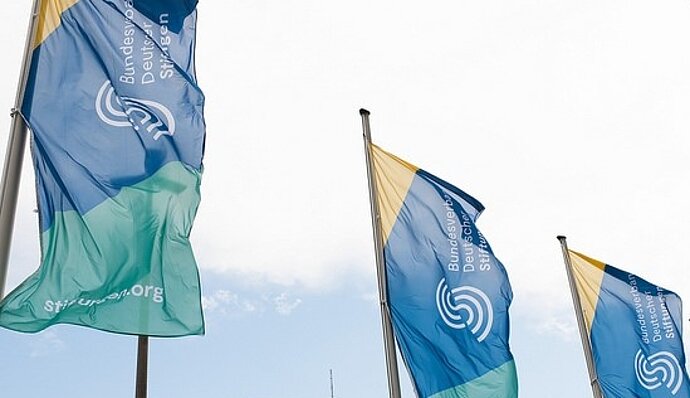 The Association of German Foundations represents the interests of foundations in Germany vis-à-vis the public, governmental bodies and administration.