The "do no harm" approach for foundations

The need to plan well to achieve the desired effects

Many foundations are globally committed to improving living conditions in other countries in line with their foundation’s purpose. In this way they provide very useful support for local people and they help to achieve the Agenda 2030 Sustainable Development Goals. However, despite the presence of the best intentions it happens time and again that projects have undesirable side effects that do more harm than good. How can this be avoided? Can foundations learn from the ‘do no harm’ approach?

Why a ‘do no harm’ approach?

Do no damage! This is the urgent appeal of the so-called ‘do no harm’ approach, which was developed in the early 1990s by a group of non-governmental organisations and the American economist Mary B. Anderson. They had observed that financial and material support, which was actually intended to alleviate the plight of people in crisis and conflict areas, was partly used or misused for political and military purposes and thus had undesirable effects on the conflict. The group wanted to understand what mechanisms could cause this and how emergency aid can be planned with conflict sensitivity so that it can help people on the ground effectively, and ensure that conflicts are not intensified. Today, the ‘do no harm’ approach is widespread and is regarded as the basis for development cooperation in strengthening peace and stability.

Procedure of the ‘do no harm’ approach

In order to achieve the desired effects, the ‘do no harm’ approach proceeds in seven consecutive steps, involving assessing the situation on the ground and planning measures based on this:

Why is this approach important for foundations?

For foundations that want to operate in conflict and crisis areas, or are already doing so, the ‘do no harm’ approach is a valuable method for reviewing their project planning. The approach also offers a valuable orientation and planning aid for all other foundation activities in a global environment: as people who have grown up in Germany or Western Europe, when we plan and implement projects, we usually do so based on our experience and our culture. However, we need a counterpart to help us understand better the situation in the country for which our project is planned. This also includes making ourselves aware of the extent to which our presence in the country of our choice, and the announcement that a project could possibly be planned, can already raise hopes and desires among the local people – or even lead to plans being initiated on their side of which we know nothing and which we may consider unhelpful. A very precise, reflective analysis of the situation on site, and of the own project, as well as the intended effects, is indispensable. This requires time, commitment, honesty, and in many cases courage and humility, in order to achieve benefits and avoid damage in the spirit of the founder’s aim.

EZ-Scout of the Deutsche Gesellschaft für Internationale Zusammenarbeit (GIZ) GmbH on behalf of the Federal Ministry for Economic Cooperation and Development (BMZ) seconded to the Association of German Foundations. 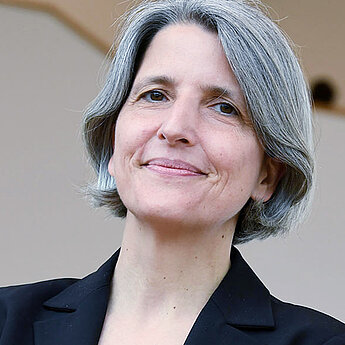