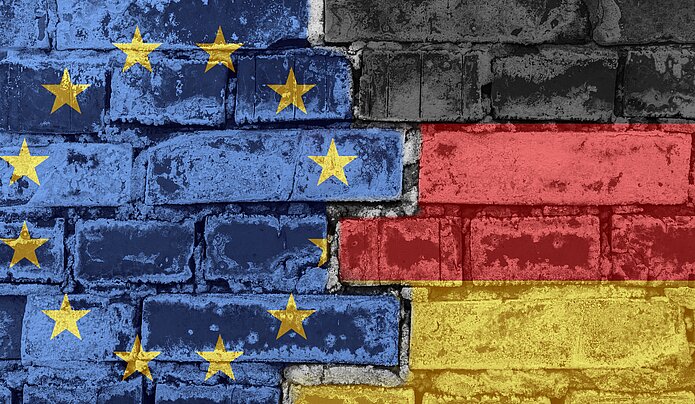 On 1 July Germany took over the Presidency of the Council of the European Union for the next six months. Due to the COVID-19 pandemic the German EU Council Presidency will be different from what was planned. Nevertheless, subjects such as the EU’s multiannual financial framework for the years ahead, climate protection, digitalisation, the rule of law, and Europe’s responsibility in the world will be key focuses of Germany’s Council Presidency.

In an interview with Marie-Alix Baroness Ebner von Eschenbach, who is executive board member of the Association of German Foundations, she explained aspects regarding the role of the civil society in Germany’s programme for the Council Presidency and informed about messages Germany is going to send with regard to foundations on the European level.

"Therefore, we will go on lobbying for the coherence of national and European regulations aimed at full recognition of privileges for EU-wide philanthropic activities’ funding."

What does Germany envisage in its Presidency’s programme with regard to the civil society?
The civil society is mentioned four times in the programme, “Together. Making Europe strong again”. All its occurrences are related to the question how an active civil society can promote cohesion and solidarity of European societies, which is definitely one of our core competencies. Promoting the EU’s social cohesion and solidarity – those are the guiding principles of the current Presidency: overcoming the COVID-19 pandemic permanently, a stronger and more innovative Europe, a fairer and more sustainable Europe, a Europe of security and common values as well as a strong Europe in the world. Those aims can be implemented only on the basis of cohesion and solidarity.

Reading this programme, I therefore see many more links to civil societies. Originally, I started my career in the corporate sector. Thus, I would wish to have more possibilities of intersectoral co-operations. I think that joint platforms for the corporate sector and the civil society are particularly important. Jointly, we can learn from each other and complement each other. Therefore, it is important that we, the representatives of foundation organisations, as the civil society, will play an active role during the envisaged conference on the future of Europe.

Please allow me to highlight the EU’s multiannual financial framework (MFF) for the years 2021 to 2027 as a special instrument, which offers a great opportunity for joint funding and joint investments especially to foundations. Apart from the huge “EU Recovery Plan”, worth 750 billion euros, which the EU countries will most probably agree upon in mid-July, during the first Council meeting under German Presidency, there is the idea to trigger additional private investments worth another 600 billion euros using state guaranties. For more than two years representatives of European Foundation Associations have been working together with the European Commission in the framework of the so-called InvestEU programme to enable foundations, among others, to make use of investment incentives.

In reaction to an open letter, addressed jointly by the Association of German Foundations and numerous charitable head-organizations to the German Federal Government in which we requested access to protective umbrellas also for charitable organizations, the Government acknowledged the high relevance of the non-profit sector for the whole society. In its financial package to boost the economy it allocated the amount of one billion euros for charitable organizations. I would like to see similar messages of support given at EU level: the philanthropic sector is highly relevant for “the system” – i.e. our societies – and it needs support. A strong non-profit sector is indispensable for ensuring a strong Europe after the coronavirus crisis!

The conditions for making cross-border donations within Europe still leave a lot to be desired. Which demands and suggestions does the Association of German Foundations have with regard to cross-border donations on the occasion of the German Presidency?
Neither the regulations on cross-border donations nor those on investments based on conditions of charity can be considered satisfactory. Regardless of the free movement of funds within the single European market and funds used for philanthropic purposes being subject to the non-discrimination rule, practice shows in many cases that current regulations are complicated, cost-intensive, cumbersome and partly unclear.

Therefore, we will go on lobbying for the coherence of national and European regulations aimed at full recognition of privileges for EU-wide philanthropic activities’ funding. What we need are feasible obligations to produce documents on financial means used for charitable purposes vis-à-vis EU bodies.

The COVID-19 pandemic has again shown the shortcomings in the above-mentioned obligations. Especially in difficult times, such as the one we witness now, the cohesion and the solidarity with our EU neighbours – enabled e.g. by non-bureaucratic procedures of donating – has to be a matter of course. Together with Max von Abendroth of DAFNE, I spoke to many members of the European Parliament, and we will go on supporting the German Council Presidency in that regard. What we need is a real “single European market for philanthropy”. We hope that at the end of the German Council Presidency we will have a clear perspective on when and how the single European market for philanthropy can be achieved.

Hand on heart – six months is a rather short time in politics. What can we realistically expect with regard to the political implementation of our suggestions?
At first sight, six months is not much, indeed. However, all in all it is not just one Presidency but rather a programme of 18 months until 2021, agreed and coordinated by three member states, Germany together with Portugal and Slovenia. And in those 18 months, together we can get a lot on the road. The prelude is up to Germany on 1 July, and Germany will also accompany the tour of implementation during its second and third part. It should be mentioned that Germany is already enjoying the full support of Portugal and Slovenia in implementing the “trio’s” programme. The coronavirus crisis seems to be triggering a shift of power in Brussels. Currently it is the member states and the Council which set the tone in strengthening the solidarity within the EU.

All articles of Katrin Kowark