“It is always about old people living in poverty or extreme poverty and therefore particularly feeling the effects of demographic change.”

59 projects in 10 years to help elderly people in South America, to promote solidarity with them, to connect generations and to enable education in the field of gerontology: this is the proud record that the Christel-Wasiek-Stiftung Seniorenhilfe weltweit (Christel Wasiek Foundation – Elderly Aid Worldwide) can look back on its tenth anniversary, which it will mark on 12 September 2018. This is special anniversary, because the foundation consists of only three people – the founder Christel Wasiek and the two board members Georg Piepereit and Reinhard Würkner – and because, with a total sum of only 372,770.32 euros, it has achieved sustainable impact for the society in the project areas and beyond.

From social worker in Uruguay to founder

Christel Wasiek worked as a social worker in Uruguay from 1970 to 1977 as part of the German development service Entwicklungsdienst, and thereby got to know about the difficulties of old people in Latin America. During this time, she also became a co-founder of an association in Uruguay that wanted to contribute to improving the living conditions of old people and to give them the opportunity to age with dignity.

After her return to Germany, Christel Wasiek remained committed to this topic over the decades, through her work for the German Caritas Association – Caritas International, and through her cooperation with various churches. It was therefore a logical next step that, after receiving an inheritance from her parents, she set up a foundation to assist senior citizens in Latin America. 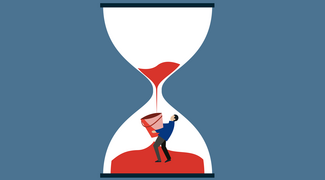